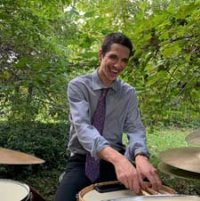 Evan Verploegh is a recent transplant to the Kansas City area after spending much of his life in Wisconsin. Most recently, he served as event and program coordinator for the Rhinelander, Wisconsin Chamber of Commerce, where he oversaw the successful Project North Music, Art, and Environmental Festival. Evan is a 2015 graduate of Edgewood College (Madison, Wisc.), where he earned his degree in Journalism. During his time in college, he embarked on an extensive study abroad period in Morocco where he produced a long-form piece on the Transahara Music Festival in the Sahara Desert. In his free time, Evan is part of the Kansas City jazz scene as a drummer and enjoys other activities such as playing golf, cooking, and exploring the Kansas City coffee shops and record stores.