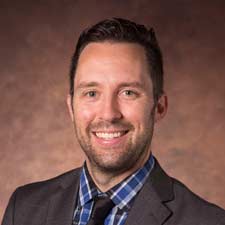 Dr. Michael Makara is an associate professor of Political Science at the University of Central Missouri. His research focuses on politics in authoritarian regimes and civil-military relations, with a regional focus on the Middle East. Dr. Makara worked in Jordan for over two years as a research fellow with both Fulbright and the American Center of Oriental Research (ACOR). During that time he traveled throughout the Middle East, including in Morocco, Israel, Turkey, Lebanon, and Yemen.

For Michael, the IRC matters because, more than ever before, what happens around the world has a direct impact on our lives here in the United States. By promoting conversation and debate in Kansas City about the key global issues of the day, the IRC helps its members understand the significance of international developments, as well as their own impact on the world.