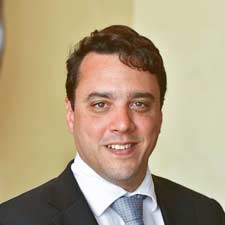 Dan Mahanty leads CIVIC’s efforts to promote the adoption of U.S. government policies that improve the protection of civilians in war. Prior to joining CIVIC, Dan spent 16 years at the U.S. Department of State, including tours in Morocco, Burundi, and Sweden, along with assignments focused on counterterrorism, rule of law, and human rights. Dan holds a Master’s degree from Georgetown, and a Bachelor’s degree from George Mason University. His writings have appeared in the National Interest, USA Today, Defense One, and other publications. He lives in Leawood, Kansas, with his wife Kristen, their two children, and a dog named Harper.

For Daniel, the IRC matters because Kansas City – which is fundamentally connected to the world by commerce and people – benefits immensely from an organization that can make sure that the entire community can participate actively in the global conversations that affect them.

Tweets by irckc
Go to Top