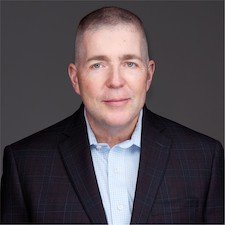 Colonel Christopher M. Whelan is the Commandant of the Defense Nuclear Weapons School, which is part of the Defense Threat Reduction Agency, and stationed at Kirtland Air Force Base, New Mexico He is responsible for the Department of Defense’s premier educational institution for the preservation and education of nuclear weapons, nuclear accident/incident command, control and response; explosive ordnance disposal; threat awareness and assessment; weapons of mass destruction; chemical, biological, radiological and nuclear modeling and related expertise.

Colonel Whelan was commissioned in May 1995 as a graduate of the Army Reserve Officer Training Corps at Bucknell University, Lewisburg, PA, into the Chemical Corps. After serving for 17 years as a Chemical Officer, he transitioned in the FA 52 (Nuclear and Counterproliferation Officer) Branch. In addition to his undergraduate degree in Biochemistry, he holds a Masters in Chemistry from Brown University and a Masters in Science and Technology Intelligence from the National Intelligence University.

He has extensive experience in all levels of Weapons of Mass Destruction planning and policy, to include budget, nonproliferation, and treaty activities. Colonel Whelan has considerable expertise in military education, having served as an Assistant Professor at both the United States Military Academy and the Command and General Staff School. He has also worked in a variety of staff positions at the 20th CBRNE (Chemical, Biological, Radiological, and High Yield Explosives) Command, The Joint Staff at the Pentagon, and as a Foreign Affairs Officer at the Department of State.

For Christopher, the IRC matters because it is important to bring attention to world affairs to people of all ages, particularly K-12 students, in order to increase awareness of how our globalized society affects even our small part of the nation.