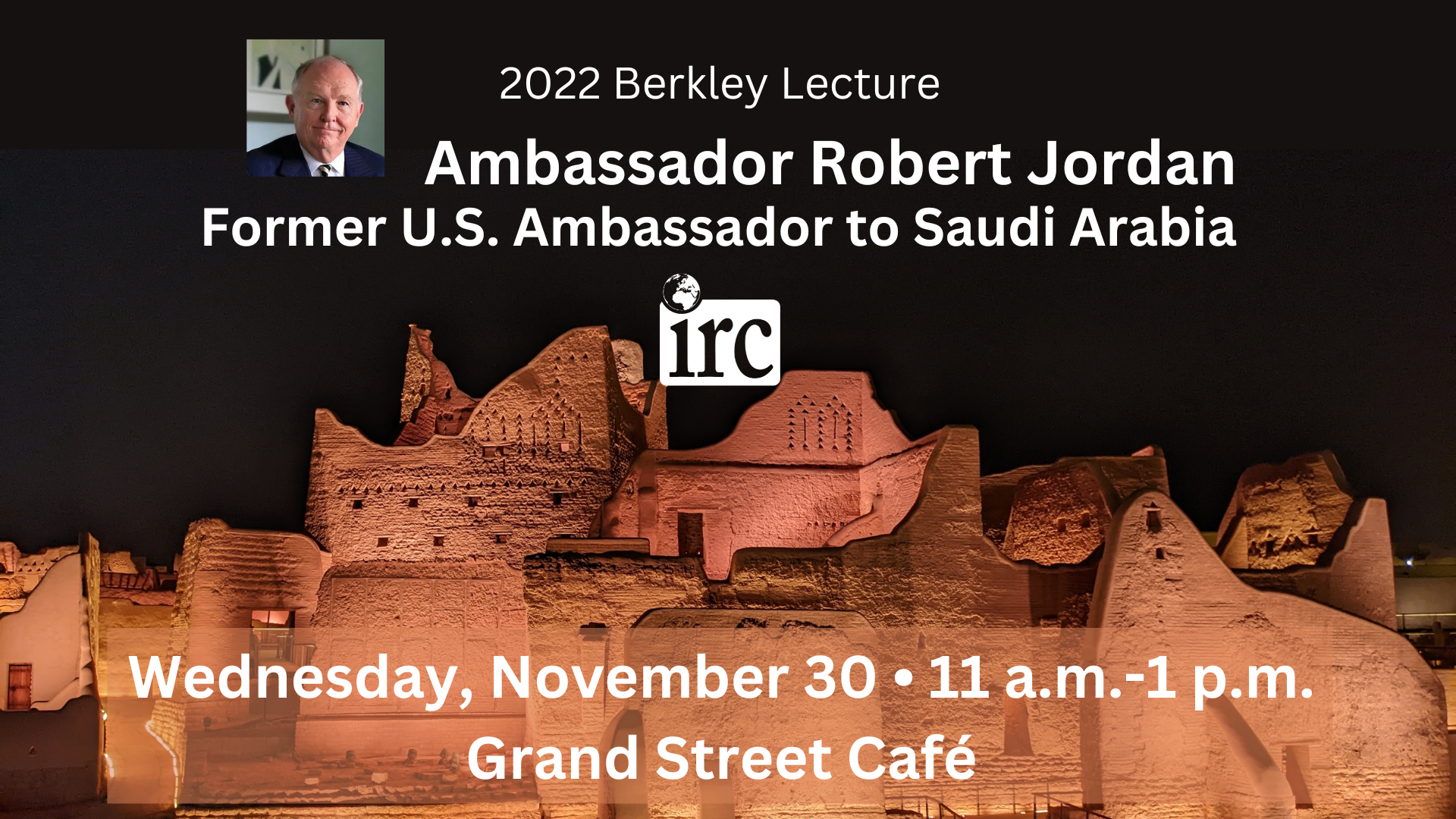 REGISTER FOR THE 2022 BERKLEY LECTURE

The Berkley Lecture was founded in 1996 and brings an expert in foreign policy and global affairs to the Kansas City area. The lecture was established through the Berkley Endowment to honor the IRC’s founder and his decades of service, and to provide a platform for engaging community members in understanding critical global issues. Past Berkley lecturers include former U.S. Ambassador Robert Ford (2014), Gerald Seib (2011), The Honorable Thomas R. Pickering (2005), and Admiral William J. Crowe, Jr. (1998).

Register for the 2022 Berkley Lecture.

2013 · Daniel Markey
Senior Fellow at the Council on Foreign Relations, author of No Exit from Pakistan
Read about his lecture – “Is There Really No Exit From Pakistan?” – Kansas City World Citizen blog

2012 · Charles A. Kupchan
Senior Fellow at the Council on Foreign Relations, author, and professor at Georgetown University