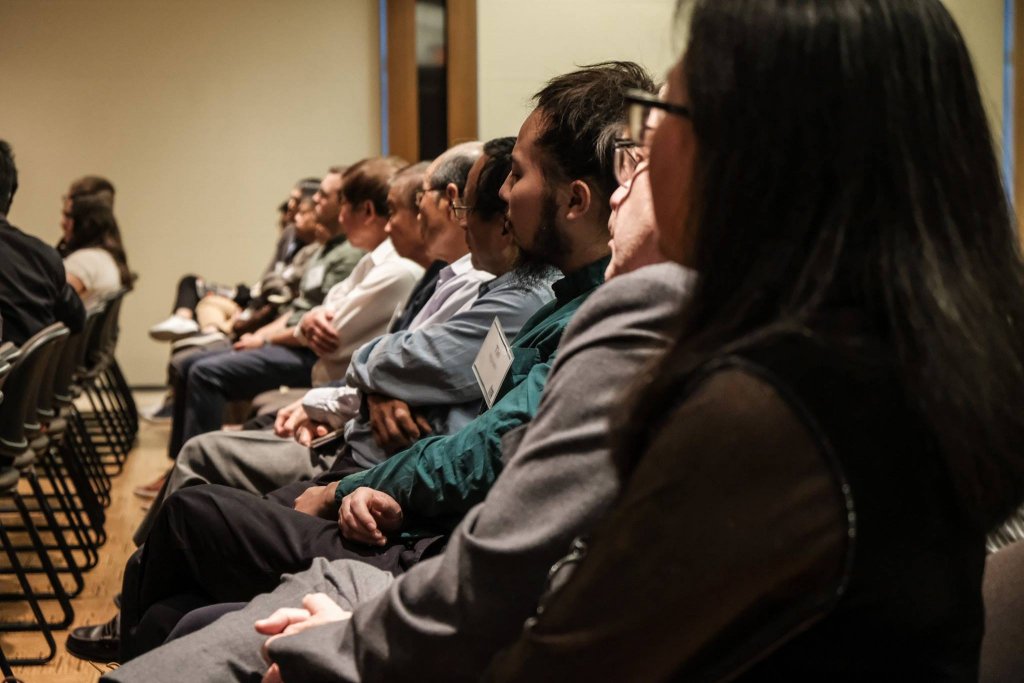 From Eleanor Roosevelt, our first speaker in January 1955, to Secretaries of State Henry Kissinger, Madeleine Albright, and Condoleezza Rice – from revered journalist Jim Lehrer to Peace Corps Director Carol Bellamy – hundreds of journalists, professors, diplomats, and other experts have joined us in Kansas City through the years to provide keen international insight, valuable analysis, and a range of perspectives to the IRC’s diverse audience. Our robust global-affairs programming provides opportunities for IRC individual and organizational members and members of our community to dive into international issues, engage experts, and understand more fully the connections between what’s going on around the world and in our region. IRC lectures and panel discussions are often free or low-cost and occur throughout the year. Visit our events calendar for current programming, and be in touch with ideas you might have for program topics or speakers.
Past IRC Speakers

The Ripples of Syria – March 15, 2021
A decade in, the intractable conflict in Syria shows no signs of slowing or disentangling, and ripples continue to be felt through Syrian society, governance, and the larger region. Jomana Qaddour, nonresident senior fellow with the Rafik Hariri Center and Middle East Programs at the Atlantic Council, helped us examine where the Syrian conflict stands today, the impacts it has had on Syrian governance and society and on neighboring states and communities, and what the prospects are in the short and medium term.

The Middle East From Kurdistan’s Perspective – February 24, 2021
The recent history and trajectory of Kurdistan, the autonomous home of the Kurdish people recognized by the Iraqi constitution in 2005, help to illuminate ongoing developments in the larger Middle East and the positions and actions of neighboring states. We were pleased to welcome Bayan Sami Abdul Rahman, Kurdistan Regional Government Representative to the United States, for a conversation to nuance the Kurdish experience, offer perspective on recent events, and explore what the months ahead hold for Kurdistan and the region.

China Town Hall – November 10, 2020
The China Town Hall connected leading China experts with Americans around the country for a national conversation on the implications of China’s rise on U.S.-China relations and its impact on our towns, states, and  nation. The National Committee on U.S.-China Relations was proud to partner with a range of institutions and community groups, colleges and universities, trade and business associations, and world affairs councils to bring this important national conversation to local communities around America for the 14th consecutive year.

Choices: Foreign Policy Issues in the 2020 Election – September 8 – October 27, 2020
The 2020 presidential election presented the American people with consequential choices around international challenges and the future of U.S. foreign policy. In the eight weeks leading up to November 3, the International Relations Council offered a series of insightful conversations with notable experts on foreign policy issues relevant to this year’s election and what comes next. Rather than advocate a particular approach or outcome, the nonpartisan Choices series served to inform voters through a presentation of historical context and a detailed examination of the foreign policy platforms of the major-party candidates. We welcomed diverse perspectives and encouraged the community to join us in meaningful discourse around these issues of global importance.

North Korea From the Inside Out – September 3, 2020
The six-party talks were a series of multilateral negotiations held intermittently since 2003 and attended by China, Japan, North Korea, Russia, South Korea, and the United States. The talks stopped in 2009, when North Korea decided to forgo the process in 2009. In subsequent years, other participants, notably China, have called periodically for a resumption of the process. In post six-party talks there have been more ad-hoc meetings especially between North Korea and United States and South Korea.

The North Korea: From the Inside Out colloquium examined the regional security environment from the perspective of North Korea, and then from the remaining countries, which comprise the six party talks.