Vietnam on a Whim

Ever listen to someone’s future plans and think to yourself, “Wow, they’re out of their mind”? 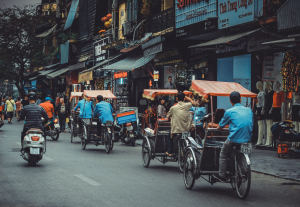 That’s what I thought when Dylan told me that he was going to go to Vietnam to teach English for a year. I remember telling him “Wow man, you’re crazy.” At that point, I was drowning in my own thoughts of what I would do come graduation, but I could tell you with 95 percent confidence that traveling to Vietnam was not in the cards for me.

Graduation came and went and I was working during the summer as an intern in New York City. The internship was temporary and I still didn’t know what lay ahead for me and my brand-new B.A. in Psychology. Slowly, this idea that Dylan had told me about crept into my head and became a bit more intriguing. I mean, why not travel across the world to a strange country, right? To a place I didn’t know a whole lot about, where they speak a language I’ve never even heard, and a place I have heard about my entire life, but only in the context of a vicious war. Not to mention I had never taught anything in my life. With all of these thoughts rattling around by brain, I came to the conclusion that I might as well take a step outside my own head and see for myself if I could rise to the challenge of facing these fears.

Long story short, I booked a one way flight to Vietnam with four other friends from school.

In some twisted way, it ended up making more sense for me to find a job in a country other than the United States. Whether I like it or not, I have always had a knack for making decisions that take me down a path of resistance, and this decision was no different. Working in a foreign country came with a lot of pros and cons.


Pros:
1. Finding a job was relatively easy, contrary to popular belief. I was advised to post in a Facebook group explaining my teaching credentials and what not. Within a few hours, my inbox was exploding with job offers.

2. Once I was comfortable with the fact that I was living 8,000 miles from home, things became normal. After living in Vietnam for a month or two, I felt as though I wasn’t a tourist anymore. This is not to say that I still wasn’t a foreigner and was still largely oblivious to the vibrant Vietnamese culture. This was more a feeling of being comfortable no longer feeling dumbfounded by my surroundings.

3. Teaching was an incredibly rewarding experience (when classes went well). The thought of standing up in front of a group of kids to teach is a daunting one, however when I was able to connect with students and see their progress, then it reaffirmed my decision to undertake this once “crazy endeavor.”

1. Jumping through the legal hoops in order to work legally was tedious. Just making sure that all the documents were in place with the correct stamps and legal jargon was confusing.

2. Not speaking the language (I’ll explain in the next paragraph). 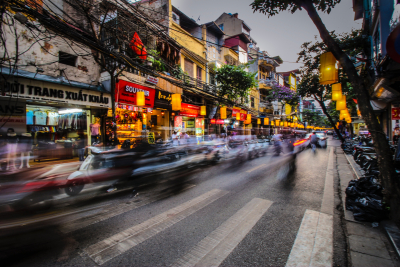 Teaching English as a foreign language is an interesting thing. In theory it’s easy, you are placed in a classroom to teach the language you have been speaking your entire life. Easy. The problem I ran into very quickly, was that I did not speak Vietnamese. This was a hurdle that was expected, however may be overlooked. The company I worked for recommended that I only speak English to the students, and for some of the stronger classes this worked just fine. However, my younger students, aged 6-8, (predictably) struggled with their listening and self-discipline abilities when I gave directions. But, I mean you can’t blame them, what would you do if some strange 23 year old was telling you to do something in a completely foreign language.

While in Vietnam, we all struggled a bit with what we were doing there. My friends and I were one of many in an English-speaking expat community. I thought a lot about what other people might think, considering that I decided to “travel” the year after graduating college. Ultimately, what I realized is this. Yes, I decided to travel after graduation. Did I have what is considered a “real job”? No. And will people ask how “cultured” I am now that I’ve lived in a foreign country for half a year? Probably. However, I was able to travel to the other side of the world and sustain a life out there on my own dime.

So was the idea so crazy after all?

About the Author
Alex Entner is a 2019 graduate from Hobart and William Smith College. He recently returned from teaching in Vietnam and resides in Rhinebeck, NY.